PRACTICING IN KANSAS AND MISSOURI SINCE 1997 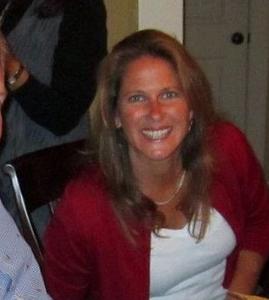 Ms. Mellor received her Juris Doctorate from the University of Kansas School of Law in December of 1996. She received a B. A. in Political Science with an emphasis in French from the University of Kansas in May of 1989. Elizabeth Mellor has practiced law since 1997 and is licensed in both Kansas and Missouri. She was a Wyandotte County Assistant District Attorney from 1997 to 2001 and an Assistant City Attorney with the City of Overland Park, Kansas, from 2001 to May of 2003. During her tenure as an assistant city attorney, she was responsible for prosecuting any and all traffic and criminal cases that properly came before the Municipal Court. Ms. Mellor was responsible for filing and prosecuting numerous juvenile misdemeanors and felonies in Wyandotte County District Court. She also successfully argued an appeal on a point of law to the Kansas Court of Appeals. While an Associate Attorney in Education law with Doster Mickes James & Ullom, L.L.C. Kansas City, Missouri, her responsibilities included conducting research in civil, criminal and administrative law, drafting pleadings including briefs, motions, and legal memos regarding the current status of education law. She attended and summarized meetings and hearings regarding special education students and students with disciplinary problems. In September of 2004, Ms. Mellor opened the Law Office Of Elizabeth Mellor and has since handled a wide variety of cases in criminal (adult and juvenile), traffic, family, education, and other forms of civil law. She has also handled appeals.

~~The information you obtain at this site is not, nor is it intended to be, legal advice. You should consult an attorney for individual advice regarding your own situation.